A video diary service has been rolled out across the Neonatal Intensive Care unit at Luton & Dunstable University Hospital, which enables nurses to make videos and take photos of babies and send them to parents when they are not able to be in the unit.

The service, which is also being introduced at Bedford Hospital’s Neonatal Unit, is called vCreate. 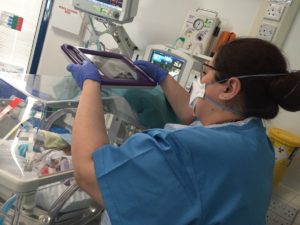 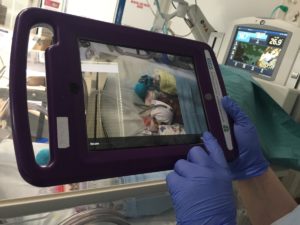 Nursing staff use an ipad to film or takephotos of babies and upload them to the vCreate website which in turns sends them on to the parents’ smartphone.

It is a very simple system to use and offers comfort to parents and allows them to feel closer to their baby and more involved in their care.

The new service has been introduced at a time when visiting hours on the unit have been restricted because of the Coronavirus outbreak. Parents can still visit their baby, but only between 12pm – 4.30pm or 5.30pm – 8.30pm. They have to wear full PPE and only one person is allowed at the cot side at any one time, instead of the usual three. 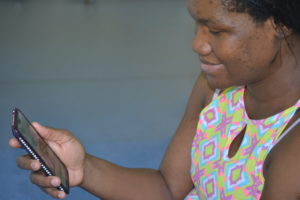 Oyin Ogunbambi’s baby Isaac was born at 25 weeks and he has been on the unit since 7th April. She was the first parent to sign up to the new service.

Oyin, who is a doctor at Bedford Hospital, said: “This new way of keeping in touch with Isaac has really given me a boost and lifted my spirits. Only being able to visit him in the afternoon is tough, but the nurses have been wonderful and have been sending me pictures and videos at intervals during the evening. And I can share these with his grandparents which is so lovely.”

Funding for the initiative has been provided by the East of England Neonatal Network, which has offered the service to all 17 Neonatal units in the region.