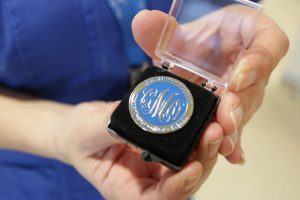 The Chief Midwife Officer’s Silver Award is awarded to midwives in recognition of exceeding the expectations of their everyday role. 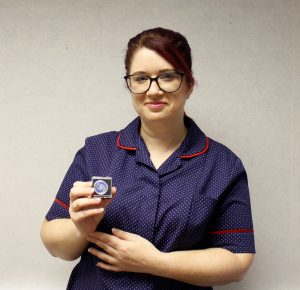 Michelle said “It is beyond overwhelming and very humbling to have received the award. It is such a privilege to work alongside a fantastic team and with some of our most vulnerable women developing pathways to enable them to have access to specialist services locally as well as always making sure that mental health has parity of esteem with physical health in maternity care.” 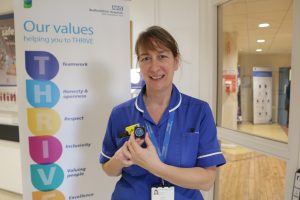 boiler leak detention in the patient’s home. This early assessment by Jo potentially saved her patient’s, her unborn baby’s and her family’s lives.

On receiving this award, Jo said “For me, I felt as if I was doing my job… to be recognised as going above and beyond for my patient and her then unborn baby is such an honour!

Jo continued “My actions have definitely raised awareness around carbon monoxide poisoning and many pregnant women now ask during appointments if they can get their CO level checked.”

Deputy Head of Midwifery at Bedford Hospital, Louise Preston was recognised for her leadership in the initiation and delivery of the midwifery international recruitment work stream. 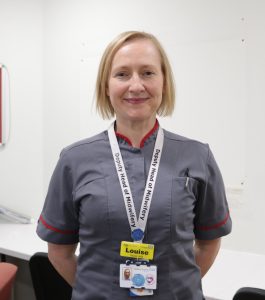 Louise said: “I was overwhelmed to have received this award. When I joined the Trust in November 2020, I was heavily involved with writing job descriptions, getting jobs live on NHS jobs and conducting interviews and since then, we have recruited numerous specialist midwives, clinical midwives, and supported staff returning to midwifery along with nurses completing post-registration midwifery programmes. Looking at what has been achieved is amazing – particularly our international midwifery recruitment project.

Louise continued: “This project is the largest in the East of England and also in the country. This achievement wouldn’t be possible without the support of our recruitment teams, practice development team and clinical educators. I am privileged to work with a great team, and this award is a great recognition of this work.”

Professor Jacqueline Dunkley-Bent OBE said: “I was honoured to be welcomed to Bedfordshire Hospitals NHS Foundation Trust to award Michelle, Jo, and Louise their well-deserved awards. Their efforts make such a difference to women, babies and families in their community, and I want to thank them again for being shining examples of our profession and for the excellent care they provide day in, day out.”

Director of Midwifery at Bedfordshire Hospitals, Emma Hardwick, said: “I am immensely privileged to be working with such wonderful midwifery colleagues across both of our maternity units. Louise, Michelle and Jo are fantastic examples of midwives whose outstanding contributions have had an immensely positive impact on midwifery as a profession, maternity services and most importantly to women, babies and their families. It was an honour to nominate them and for this to be recognised.”