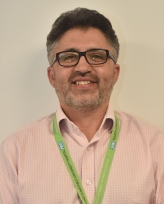 I graduated from University College London with distinction and completed my basic surgical training in Cambridge. For my period of research into the preservation of nerves responsible for erectile function during major prostate surgery I moved to the Royal Free Hospital in London during which time I wrote a number of papers on prostate cancer along with the first of many book chapters. On completion of my research I was appointed onto the Urology Specialist Registrar training programme again in Cambridge and spent 6 years mainly in Cambridge & Norwich for my urology specialist training as well as a year in Luton. I was appointed a Consultant to the Luton & Dunstable Hospital in March 2010.

I offer the breadth of urology services with a main interest in urinary stone disease, both its management and prevention. We offer all types of stone treatment the mainstay of which is laser fragmentation of the stones.

Personal profile:
My claim to fame is that I was shadowed by the original actors for the medical drama Holby City before it was aired whilst I worked in cardiothoracic surgery at Papworth Hospital in Cambridgeshire.

We have settled in Harpenden and enjoy family life here along with our young family of three daughters who attend school locally. I have in the past taken flying lessons and hope to be able to pursue this further to the completion of a private pilot’s licence, to uphold a family tradition, something both my father and uncle held. 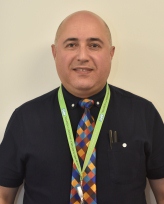 I am a consultant urologist based at Luton and Dunstable University Hospital. My main areas of interest are core and diagnostic urology as well as the management of urinary stone disease, including use of the holmium laser to treat kidney stones, the metabolic investigations of kidney stones, and in the minimally invasive management of patients with upper tract transitional cell cancer (TCC). My other interests include the management of male sexual dysfunction and infertility. In addition I am specialized in the investigation and treatment of prostate disorders and urological malignancies including transperineal template biopsies for suspected prostate cancer.

After spending 2 years in basic surgical training in the East of London Hospitals I spent 7 years in postgraduate urological training between the West of Scotland and the East Midlands region of the UK. In addition, I spent a period of research in the University of Toronto – Canada dedicated to bladder cancer epidemiology. I have published widely on a wide range of urological topics in high impact peer-reviewed journals and have written two book chapters. I have also presented in a variety of urological conferences at national and international levels. At a managerial level I am involved in service development in our department through the introduction of new services and training and recruitment of junior staff. 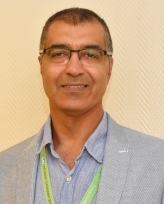 Mr Saleemi qualified from St Thomas’ Hospital Medical School in 1990. He went on to do his basic surgical training at St Peter’s Hospital in Chertsey. He obtained his FRCS from the Royal College of Surgeons in London in 1995.

He was appointed on the Urology Specialist Registrar training programme based in south London ( Guy’s Hospital) in 1996 during which he completed his MSC (1998) and specialist training in urology, the FRCS(Urol) in 2001.

Mr Saleemi has been a consultant at Luton & Dunstable since 2002. He has developed an interest in urinary tract stone disease, particularly laser stone treatment. He also has in interest in the diagnosis and treatment of prostate cancer, bladder cancer and testicular cancer as well as urinary symptoms, urinary tract infections and erectile dysfunction.

His extracurricular interests are cricket, rugby, football and reading. 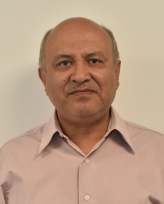 Mr Taneja works as a Consultant Urological Surgeon at the Luton and Dunstable Unviersity Hospital NHS Foundation Trust. His basic medical and postgraduate surgical training was in New Delhi, India. His Urology training was done here in the UK with specialist laparoscopic surgery training in Strasbourg. 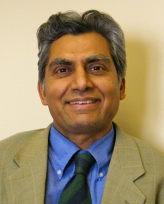