Home / The Cobham Clinic / Procedures and Consultants / Gynaecology and Obstetrics 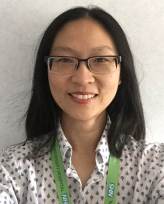 Miss Low holds a substantive NHS post at Luton and Dunstable University Hospital NHS Trust as a Consultant Obstetrician and Gynaecologist. She completed her medical degree at Queen’s University, Belfast, qualifying in 2001. Her obstetrics and gynaecology training was carried out mainly at tertiary hospitals at Northern Ireland, Mersey and Northern England. She has enriched widespread experience in all aspects of the specialities and caring for women from multicultural backgrounds.

At the Luton and Dunstable Hospital, she continues to support the robust in- house obstetrics emergency training for the maternity workforce. She is the Obstetrics Guideline Lead. Her other special interest includes management of early pregnancy problems which she has a regular ultrasound clinic. This is in addition to the weekly high-risk antenatal clinic. She is a very experience hand-on obstetrician managing high-risk deliveries both vaginally and complex caesarean sections in the NHS.

Apart from the above, she is an examiner of the University College London for MBBS degree. Concurrently she is actively involved in training both foundation doctors and trainees of obstetrics and gynaecologist at all levels. She is a member of the Royal College Obstetricians and Gynaecologist.

Miss Low at the present moment provides private ad hoc consultation as required, at the Portland Hospital. She is happy to provide private pregnancy package with bespoke antenatal care, planned caesarean section and postnatal care at the Portland for self-funding women.

In term of language, Miss Low is multilingual, conversing equally well in both English and Malay, and simple Chinese dialects such as Cantonese, Mandarin, Hakka and Hokkien. 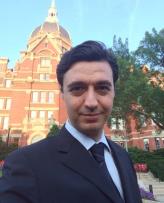 Mr Louis is a Consultant Gynaecologist based at The Luton & Dunstable University Trust Hospital. He has been a consultant since November 2016. Louay graduated in 2001 via the United Examination Board from the Society of Apothecaries with Barts and the London Medical School.

After finishing his House Officer roles, he embarked on a career in Obstetrics and Gynaecology from February 2003 that included large district general hospitals and big teaching hospitals including the world renowned Queen Charlottes and Chelsea Hospital. Louay obtained his national training number at the East of England Deanery and passed his membership exam – Royal College of Obstetricians and Gynaecologists MRCOG.

In September 2010, Louay started his PhD at the prestigious Imperial College, London, where he studied the role of tumour suppressor gene OPCML in ovarian cancer.

Louay completed his training in Obstetrics and Gynaecology and was awarded his certificate of completion of training in the summer of 2016.

Louay has published many papers in peer-reviewed journals as well as a book chapter and multiple presentations at regional, national and international level.

To arrange an appointment with Mr Louis please contact the Cobham Clinic direct on 01582 497433.

Gynaecology and ObstetricsIn this section