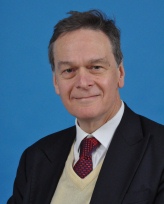 On the 16 July 2014 the Council of Governors approved the appointment of Simon Linnett as the new Chair of the Trust. He took up his post from the Annual Members Meeting on the 24 September 2014.

Simon Linnett is Vice Chairman at Rothschild in London. He has devoted a large part of his professional life to working within the public/private interface both nationally and internationally and is responsible for the bank’s relationship with the UK government.  He has had a long association with the health dialogue including the health reform process and the health debate generally and has engaged with various government bodies and other health institutions on this subject.  Simon has previously headed Rothschild’s global transport group and remains closely involved with its initiatives.  He has a strong personal interest in the “green” debate, seeking to influence discussion on auctioning emissions and chairing Rothschild’s Environment Committee. Simon graduated from Oxford in Mathematics in 1975 and joined N. M. Rothschild & Sons Ltd where he has been ever since. Simon’s external roles include: a Patron of the Independent Transport Commission; and Trustee of Exbury Garden Trust (a Rothschild family garden), Trustee of NESTA. He has previously been Chair of the bank’s environment group. 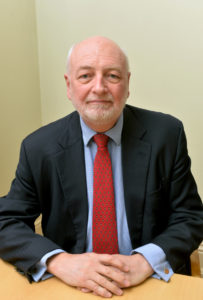 Gordon held several senior positions in the financial services industry in the City of London over 36 years, including as a director of Lazard Brothers, chief executive of Kemper Investment Management and a director of ING Financial Markets.

Gordon is now Chairman of trustees of Lymphoma Action, a trustee of a charitable educational trust, and a senior coach for the Institute of Advanced Motorists.

Mark is a chartered project manager and surveyor with over 35 years experience in the construction and development sectors. He was Managing Director for E C Harris in the Middle East and grew a single location single service office of 30 staff, into a business, operating from Abu Dhabi, Dubai, Qatar and KSA, delivering outcome based project services, with over 700 staff.

He was Group Head of Transportation for EC Harris, building a sustainable and diversified portfolio of international business and focusing growth in project and construction services. 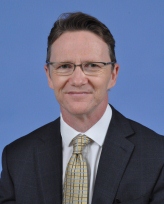 Simon is a highly experienced Chief Financial Officer. He is an accountant and has 10 years’ experience in investment banking. He has a broad range of experience in financial planning and analysis, a very strong history of developing and negotiating creative financial outcomes, fundraising and completing strategic transactions, and an established record of adding value with innovative solutions. 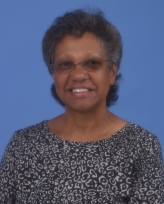 Annet qualified at Charing Cross Hospital Medical School in 1980. After further training and a spell in The Sudan with Save The Children during the Ethiopian famine, she worked clinically as a GP in Buckinghamshire from 1985 to 2019.

Appointments include CEO/Chief Clinical officer of NHS Chiltern CCG until 2016; Chair of Thames Valley Urgent and Emergency Care Network until 2017. 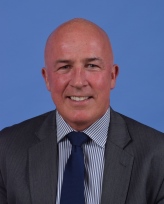 Richard Mintern is a locally born internationally experienced business executive. He is currently Chairman of ELMS Aviation, a leading software services provider to the aviation sector that provides best in class capability for managing aviation staff compliance and competence. He is also a Visiting Professor at the University of Hertfordshire and a Governor of Redborne Upper School and Community College in Ampthill.

Prior to that he was CEO for Northern Europe & Asia Pacific of the Avincis Group where they grew and transformed a private equity owned business into a safe, efficient and profitable operation, where he played a leading role in the sale of the business to Babcock. The Group provided a wide spectrum of mission critical services (Search and Rescue, Air Ambulance, Law Enforcement, Fire Fighting, and Offshore Oil and Gas workforce transportation) operating circa 320 helicopters and 50 fixed-wing aircraft from 284 bases in 10 countries, employing approximately 3,000 people. During this time Richard was also a Director of Oil and Gas UK, providing aviation leadership experience to the Oil and Gas UK board.

Previously Richard held numerous senior management posts for the Monarch Travel Group, including Group CIO, Technical Director, Managing Director of the Engineering division and finally Group Chief Operating Officer, where he held responsibility for the safe and efficient operations of The Monarch Group until 2012. 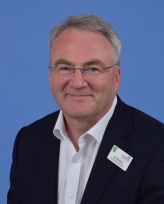 Ian is a ‘big 3’ trained Chartered Accountant with over 20 years experience as  a Finance Director and CFO in a variety of FTSE100 and 250 businesses across the UK and Continental Europe in the logistics, food, energy and wholesale service sectors.

He has significant International experience in delivering acquisitions and business turnarounds with emphasis on capital management and cost efficiency. He currently serves as Finance Director and COO for a fast growth, privately held asset rental business.

Ian has also served as a Non-Executive Director at Milton Keynes Foundation Trust and as a member of the Finance and Investment Committees and as a Pension Fund Trustee, at Exeter University. 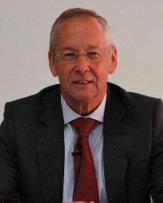 Steve is a qualified engineer who has over 25 years extensive experience as a director and senior executive within the manufacturing and high service level distribution industries and latterly as a management consultant and Non-Executive Director to a number of small and medium-sized businesses.

Since becoming involved in the NHS he held the posts of Chair of Kettering General Hospital for seven years – leading the Trust to Foundation status – and Chair of Bedfordshire Clinical Commissioning Group for a further two years. Most recently he has been Non-Executive Director at Bedford Hospital Trust and was Chair of the Finance Committee.