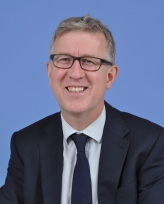 David was appointed as the Chief Executive of the Trust following the merger in April 2020. Previously David had been the Chief Executive of Luton & Dunstable Hospital since 2017 and prior to that Managing Director. David has over 20 years’ experience as a Board Director for various NHS bodies including acute trusts, mental health, community and primary care trusts. He has a wealth of experience of service integration and will use this experience to deliver the benefits of the merger for the people of Bedfordshire. David’s background is in finance and prior to joining the NHS he spent seven years at KPMG working in audit and consultancy where he qualified as an accountant.

David is passionate about establishing the Trust as a values-based organisation which truly values and supports its staff. This is allied with a strong belief in the devolution of decision making to the front line in order to provide better quality and more efficient services, with services built around clinical leadership at the heart of decision making.

David also chairs the Bedfordshire Care Alliance, a partnership of the local health and care organisations committed to coming together to integrate services for the local population. 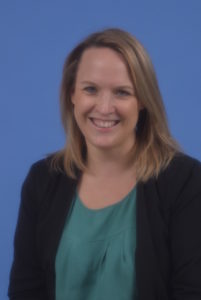 After completing her BSc in Physiology at the University of Liverpool, Cathy started her NHS career as an Information Analyst working for shared services in Hertfordshire, following which she spent three years at Northampton General Hospital working in Service Development. Cathy’s particular interests are in service improvement and transformation, and she is strongly committed to maintaining the Trust’s excellent reputation for delivery of high quality clinical services for our patients. 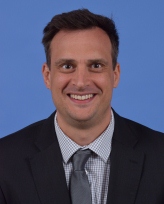 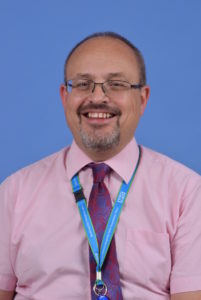 Mr Paul Tisi qualified from The Medical College of Saint Bartholomew’s Hospital in 1988 and trained in vascular surgery in the Wessex region. He undertook a two year period of research at University of Southampton obtaining a Master of Surgery higher degree (Assessment and Treatment of Intermittent Claudication). Mr Tisi was appointed as Consultant Vascular and General Surgeon at Bedford Hospital and Luton and Dunstable University Hospital in 2001. He undertook the role of Clinical Subdean (University of Cambridge) between 2005 and 2010 and obtained a PGCert. in Medical Education.

Aside from his board role he maintains a clinical practice with specific interest in management of venous disease. He is an editor for Cochrane Vascular and represented Midlands and East on the National Clinical Reference Group for Vascular Surgery for 6 years. He was appointed to the East of England Clinical Senate Council in 2019. 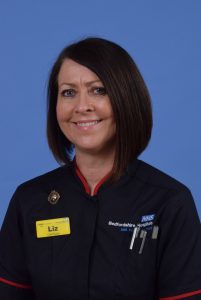 Liz trained as a nurse at Guy’s Hospital in London and has been covering nursing and operational roles at all levels ever since in different wards and departments, from surgery to cancer and palliative care. She brings vast experience in both operational and clinical roles in the NHS. Liz was awarded an MBE for services to nursing in 2016. Her insights of the challenges of bringing together clinical teams, taking the best of both and achieving the right balance, means that Liz is well placed to help shape the future of Bedfordshire Hospitals NHS Foundation Trust.

Appointed Director of Human Resources in July 2011, Angela has over 20 years’ experience in Human Resources and Organisational Development in acute NHS Trusts. Just prior to joining the Trust Angela held the post of Director of HR in a Foundation Trust. She has a strong track record in providing high quality HR services and her particular areas of interest and expertise include dealing with major organisational change, complex employee relations cases and also employment matters concerning medical staff. 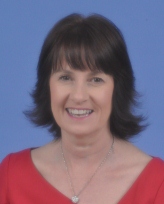 Catherine was originally appointed as Director of Quality and Safety in October 2018 for the Luton and Dunstable NHS University Foundation Trust and, following merger with Bedford Hospital NHS Trust, now holds this role for Bedfordshire Hospitals NHS Foundation Trust. Previously she has held senior roles as Director of Corporate Development, Governance and Assurance at Northampton General Hospital NHS Trust from 2014 and prior to that as Director of Governance at London North West Healthcare NHS Hospital Trust from 2008.

Catherine started her career clinically within radiotherapy and oncology services, transitioning into a variety of senior NHS roles in quality assurance, service improvement and governance.

She has a strong commitment to the use of continual quality improvement in ensuring the provision of safe clinical services, delivery of excellent outcomes and fostering an atmosphere that provides a good experience for our patients and their families set within a learning environment for staff.