In 2022 we were very excited to be awarded funding from the Arts Council’s Let’s Create Jubilee Fund via the Bedfordshire and Luton Community Foundation.  This was further supplemented with a grant from NHS Charities Together and represents our first large project.

For the project we collaborated with local Arts Producer Kayte Judge, local artist Anne-Marie Abbate and local photographer Shaun Armstrong.  We were also given permission by the former Children’s Poet Laureate, Michael Rosen, to display large vinyl reproductions of his poem “These are the Hands” which he wrote to celebrate the 60th anniversary of the NHS in 2008.

This poem in turn informed a series of original mixed-media artworks by Anne-Marie, inspired by microscopic images of human touch receptors – find out more here.  Shaun then produced multiple highly detailed macro photographs of the artwork which were transformed into large-scale vinyl artworks.

The vinyl artworks are displayed along with Anne-Marie’s original pieces and Michael Rosen’s poem on both hospital sites.

Another important arm of the project was to run several creative workshops for staff across both hospital sites which were led by Anne-Marie and inspired by her work.  Staff-created artwork from some of these workshops will also go on display alongside the other work from this project.

A final aspect of the project was the distribution of creative and gratitude packs to staff across the organisation, forming a “cascade of kindness”.

All pictures credited to Shaun Armstong

The hospital is a place in which human touch is deeply significant. I was inspired by Michael Rosen’s poem “These are the Hands”, which beautifully outlines the importance of the work of all NHS staff. I was moved by the observation that for many, the hands that touch us first and last will be those of a person working for the NHS. As the daughter of a Bedford Hospital midwife, who I lost in 2017, and as the mother of 4 children, 2 of which were born at this hospital, creating an artwork for the Trust was deeply personal and touching for me.

COVID took away the opportunity for many of us to experience touch, exposing our hardwired need for human connection. For so many during the pandemic, the only human touch experienced came from the hands of our NHS, at a time when some of the staff members themselves were isolated from their own families. This project is part of expressing deep national gratitude.

For inspiration, I looked closely at images of the touch receptors we have in our skin. I wanted to create a handmade piece of abstract artwork that was reminiscent of these cells. Organic and natural materials, hand sewn, marbled or painted, remind us of the importance of our hands as creative tools. We create for necessity, but also for pleasure. Through my work, I want to inspire people to remember to use their hands for something other than the hard work of daily life. There is mindfulness in making, and that is something we all need and deserve. By working with photographer Shaun Armstrong and using macro-photography, we were able to magnify the tiny details of the work for the viewer, almost as though looking through a microscope.

My hope is that this work will give staff, patients and visitors a moment to pause for thought, and some pleasure too. I hope they will take time to notice the small details and to think about the transformative power of touch. 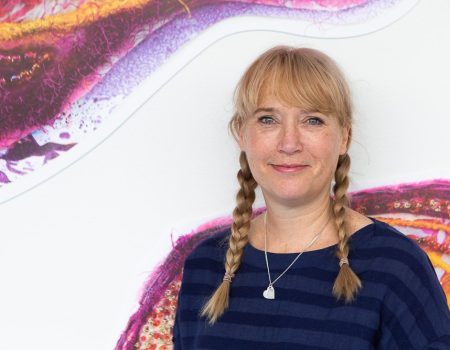 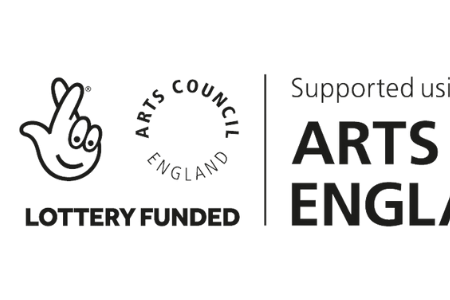