Thanks to the extraordinary generosity of local traders, suppliers and volunteers, the Luton and Dunstable University Hospital’s (L&D)  NICU Big Build is now almost complete and a barbecue was held on Sunday 8 September to say thank you to all those who have helped with the project. 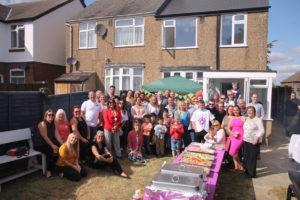 Launched in February, the NICU Big Build project sent out an appeal to local tradespeople to help renovate a three bedroom house to provide accommodation for parents whose babies are being cared for on our Neonatal Intensive Care Unit (NICU).

Located opposite the L&D, the property has been completely refurbished over the last six months, with local traders carrying out £90,000 worth of work for free. Major donations have included a new roof, a complete set of new windows, a conservatory, bathroom/wet room and a fitted kitchen. The house now boasts five bedrooms, a kitchen, wet room/bathroom and a small garden space which will be available for those parents with babies on the unit who live far away from the hospital. 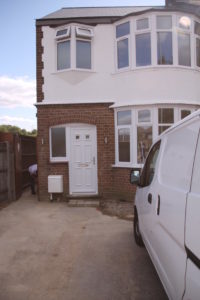 The house has much more kerb appeal following the refurbishment

Bianca-Lee John, Community Fundraiser, said: “We are delighted to be in the final stages of the NICU Big Build. It is really important for us say thank you to the many traders, local businesses and volunteers, so in addition to holding the barbecue on Sunday, we have also installed a permanent mural of photographs in the property as a legacy and special thanks to everyone involved.

“Thanks to the generosity of this community we will be opening the doors to parents in early October. This project has been such an inspiring journey and we now look forward to being able to offer support to more than 420 families a year which is phenomenal.” 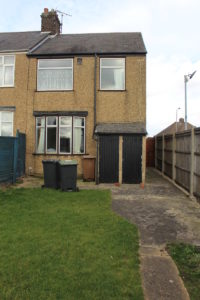 The rear of the house in Dunstable Road before the renovation 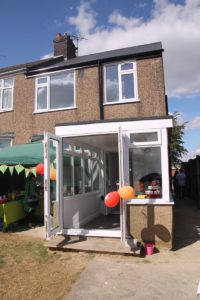 … and after the makeover