“Once my mother was moved to Elizabeth ward and I have to say an Angel called Clara appeared.  She was reassuring, kept me in touch, and updated with any concerns I had and took a tremendous amount of pressure and anxiety off my shoulders. She arranged a FaceTime call for me with my mother and I observed her empathy and patience when dealing with my mother who has dementia.  She was not patronising as so many people can be when dealing with the elderly and treated my mother with respect.  Clara was very prompt in dealing with all my issues and would get back when she said she would this had not been my experience earlier on in my mother’s stay at the hospital when I tried other avenues of communication.

“Once my mother was discharged, I identified that an item of clothing was missing and I contacted Clara she did everything possible to try to find the lost item but to no avail, it was lost on my mother leaving Victoria Ward.

“I thought it important to let you know what an asset I consider Clara to be to the hospital, people are very quick to complain and criticise but hardly ever state when a job has been well done!

“I am sure Clara would say she was just doing her job but at a difficult time for both families and patients, she will make all the difference.” 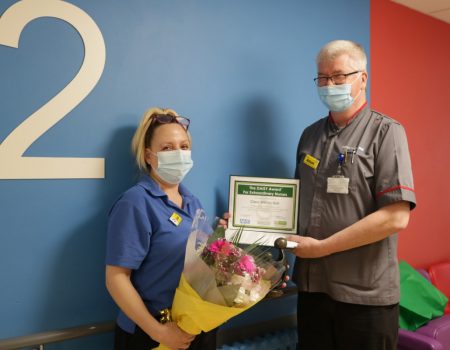 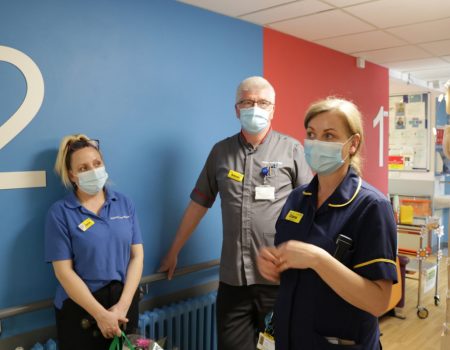 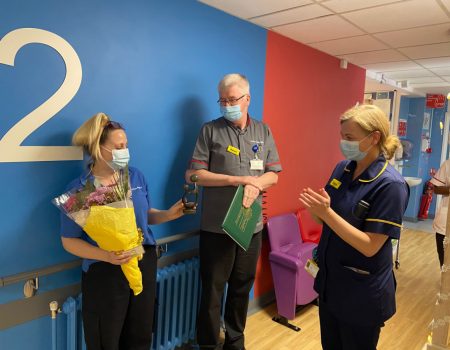 In this section
Close
Changes to visiting at Bedfordshire Hospitals

Everyone attending our sites is required to wear a facemask (unless medically exempt) in a clinical area. When you see the mask zone posters, please ensure you put your mask on before entering.

Since 4 April 2022, visiting restrictions in our adult inpatient wards and maternity services have been relaxed further. Read the full guidance and changes.